Five Years Ago: Remembering a Victory to Save the Land and its People 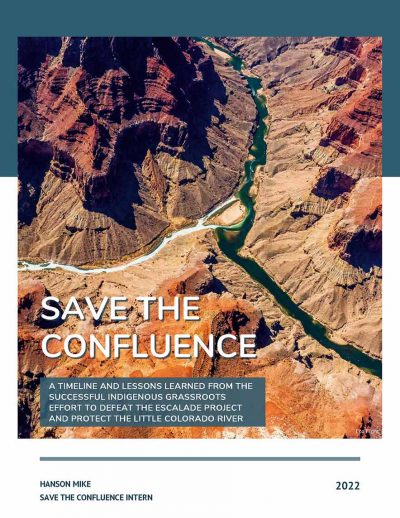 Oct. 31, 2017, marked one of the most important victories this century for Navajo, Hopi and other indigenous people who call the area near the confluence of the Colorado and Little Colorado rivers both home and sacred.

On that day, the Navajo Nation Council rejected a developer’s proposal to build a mega-resort. It would have included an aerial tramway down to the confluence. It was a hard-fought battle. Through the grass-roots efforts of families and other activists who joined the cause, tribal lawmakers were convinced the developer’s intentions would have harmed a centuries-old way of life, without helping the local economy much, if at all.

You can read a special report with a timeline of the effort now.