The Navajo Nation is objecting to a developer’s efforts to bypass tribal sovereignty and get federal approval for a controversial development on the reservation.

Thursday, the Nation submitted a motion to intervene in a petition before the U.S. Federal Energy Regulatory Commission to grant a petition for a project called Big Canyon Dam. FERC is collecting comments and other interventions about the project,  with a Monday, Aug. 3, 2020 deadline.

Phoenix developer Steven Irwin, Pumped Hydro Storage LLC, proposes to build a dam in Big Canyon, which is in western Navajo in the Bodaway/Gap chapter. The  proposed dam would be just east of the confluence of the Colorado and Little Colorado rivers.

The Navajo Nation intervention, dated today, states the feasibility study FERC issued to Irwin in June hurts the tribe. The project is  on the Nation along with its water resources. The Nation’s interest would be affected by the dam project, according to the tribe’s intervention. And, the tribe was not consulted.

“The Applicant has not sought the consent of the Navajo Nation, the local community (Bodaway-Gap Chapter), or the individuals with customary use rights where the Project would be located for the use of the lands associated with the Project facilities,” states the intervention document.

Navajo Nation Water Attorney Stanley Pollack writes in the document: “Intervention is necessary so that the Nation can fully protect its interests. The Navajo Nation also requests meaningful
government-to-government consultation with the Federal Energy Regulatory Commission before any formal action is taken pursuant to the disposition of the application.” 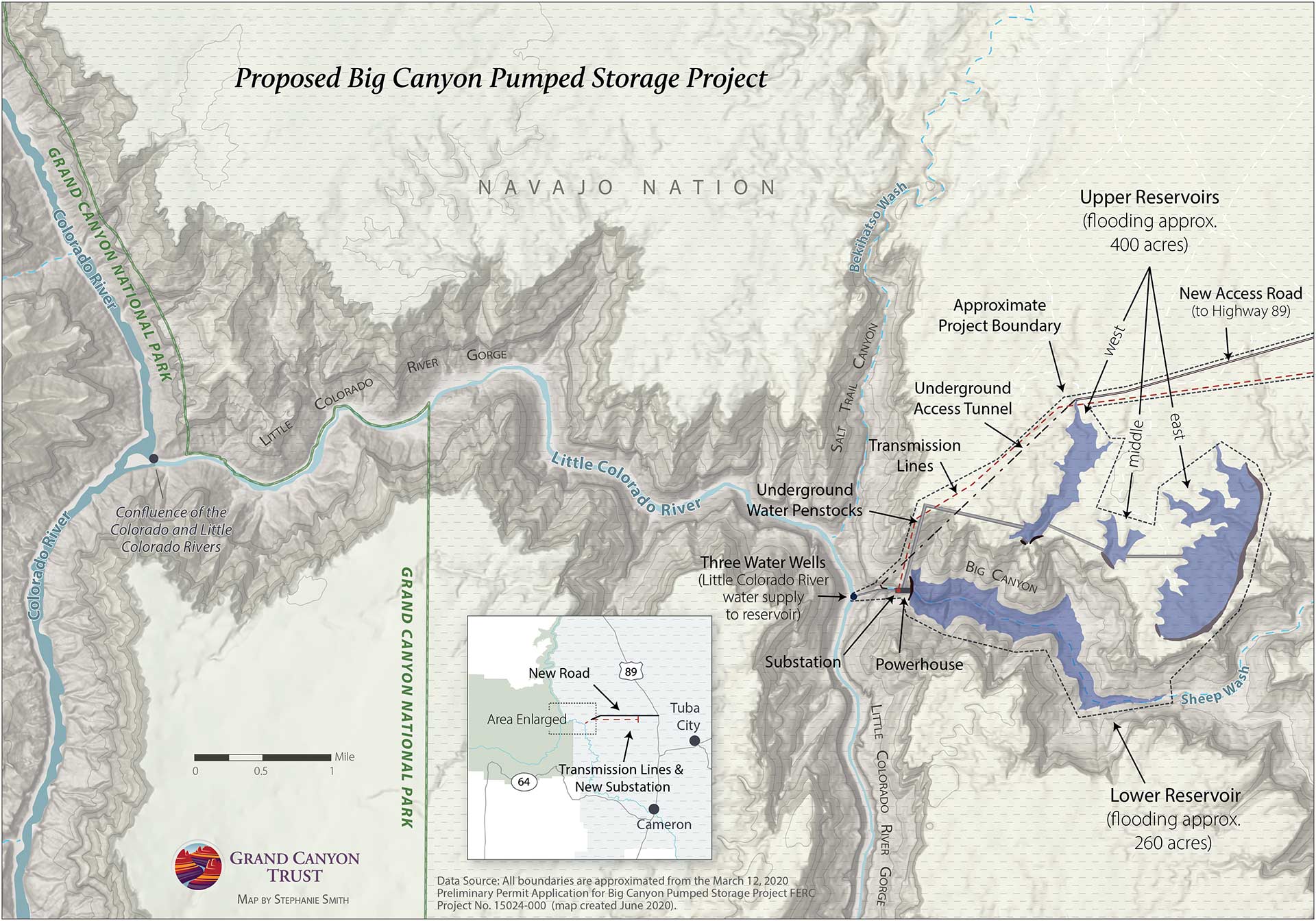 Larry Foster, an advisor to Save the Confluence families, who successfully helped convince the Navajo Nation three years ago to kill a plan to build a tram and tourist resort near the same area, objected to the latest effort to bypass tribal authority. In this case, the developer is going to federal officials first for a permit, without even consulting the Navajo Nation.

“They need to know we have a treaty. Basically, the Navajo Nation is looking to reinstate its sovereignty.”

Download a PDF of the Navajo Nation’s five-page intervention here.