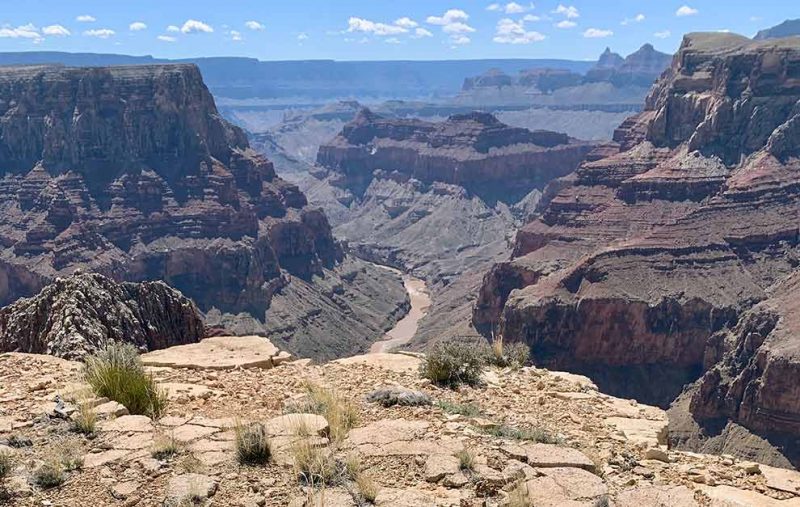 If a bill is approved, it could stop developers determined to usher in tourism or future pie-in-the-sky projects in Western Navajo Nation. The effort stems from a Bodaway/Gap resolution. passed in February 2018.

“The designation is tailored to the Confluence area,” said Larry Foster, advisor to Save the Confluence families. “Once it is designated a sacred site, it will protect the sites from development. Will it be right at the confluence of the two rivers? Is it a 20-foot river? The idea is where people give their offerings and prayers to the Navajo Holy People. How big of the designation site will be, is to be determined.”

Rita Bilagody, a Tuba City resident and Save the Confluence spokeswoman, welcomed the legislative proposal.

“It’s interesting that we have to resort to passing bills at the Navajo Nation Council level first and then on to higher levels of the US government to protect our Sacred areas from outside corporations and their interests in exploiting, desecrating and destroying our Mother, the Earth,” Bilagody said. “The bill being introduced is the only way to defend our lands. Out of the whole of Turtle Island we lived on, since the beginning of time, we have been placed on little patches of land called ‘reservations.’ It’s all we have left.”’

Navajo landusers and other tribes will fight for the land, she said.

“The whole area surrounding the Grand Canyon is a sacred area, not just to the Dine’ (the people) but to other Indigenous Nations, like the Hopi, Zuni, the Pai people, so many Origin stories come from there,” Bilagody said. “We are part of that land and the land is part of us. We are one. How can we, in good conscience, let outside forces come there to destroy?”

“We united to defeat the Escalade debacle, we must ensure that this bill will proceed to stop any more ideas that outsiders may entertain so they can exploit for monetary gain,” Bilagody said.

Save the Confluence families and environmental advocates of the Grand Canyon declared the Grand Canyon Escalade legislation “a defeated project” shortly after the Navajo Nation Council rejected it in 2017. The bill had proposed to build a tourist resort/gondola site on 420- acres of Navajoland on the rim of the Colorado and Little Colorado rivers.

The area gained a name, Confluence.

Save the Confluence families, local Navajo landusers and citizens, asked the chapter to do two things in February 2018.

Bodaway/Gap citizens approved the resolution 55 in favor, and none opposed.

Foster said the size of the sacred site designation will be part of an open discussion by landusers, the Nation, neighboring tribes and Hataałiis, chanters or Navajo traditional practitioners. The thinking is the latter group would work with local people to identify the sites and decide the size of the designation, he said.

Though the bill has yet to be written, Foster shared a sacred-site designation roadmap to the Navajo Nation Council. It’s possible to expect changes to such a bill, he said.

“It (legislation) won’t impact anybody’s grazing permit or homesite lease,” he said.  “When discussing with Navajo Hataałiis about the Confluence, for example, that area maybe about 20 feet away from the rim, the idea is, that is where people give their offerings and prayers.”